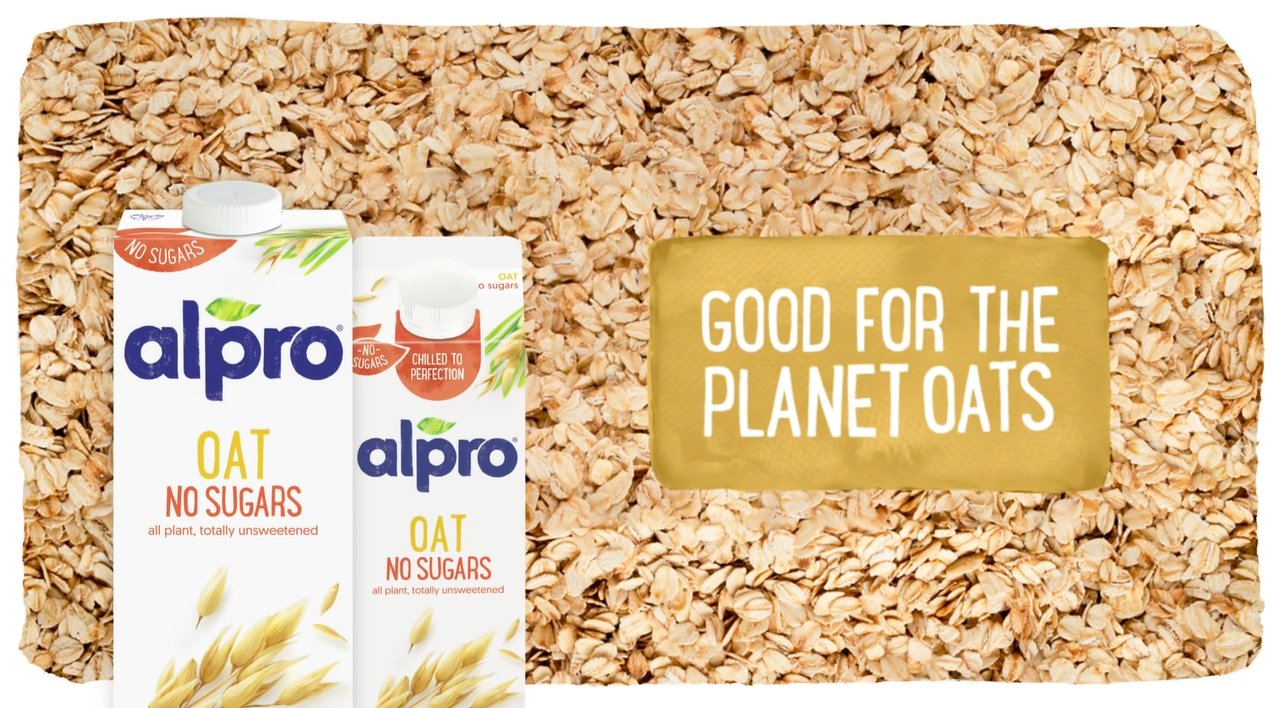 Almond milk brand Alpro has been warned by the ASA to exercise greater care around its environmental claims – the first time the watchdog has enforced new rules designed to clamp down on greenwashing.
This first ruling of its kind since the rules came into play regards a poster that ran on the side of a bus from October 18 2020. The claims read, ‘Next stop, your recipe to a healthier planet!’ and on the other side, ‘Good for the planet, good for you.’

Andrew Terry, partner at media law firm Harbottle & Lewis, said: “The ‘good for the planet’ strapline was challenged on the basis that it was misleading and could not be substantiated.”

Terry claimed the problem was in the vagueness: “The ASA will always look for ads to be unambiguous and not misleading – including by way of omission.”

A distinction needs to made between products that have “a net positive environmental benefit or were less detrimental to the environment” in this case compared to dairy equivalents. In short, less harmful doesn’t warrant a vague use of ‘Good for the planet.’

“The ASA see those as fundamentally different – and they need to be explained,” he said.

Furthermore, there’s debate around the impact of commercial almond farming in certain parts of the world – although Alpro claims its almonds were cultivated in a sustainable way from small farms around the Mediterranean, mostly watered by rain.

Terry added: “This is the first ruling of its kind following the ASA and CMA’s recent announcements that there would be greater scrutiny of environmental claims, and we can expect more of these decisions until brands tighten their approach to avoid allegations of ‘greenwashing.’”

The ads cannot run in the same form again, and Alpro has been advised to tighten up its environmental claims.