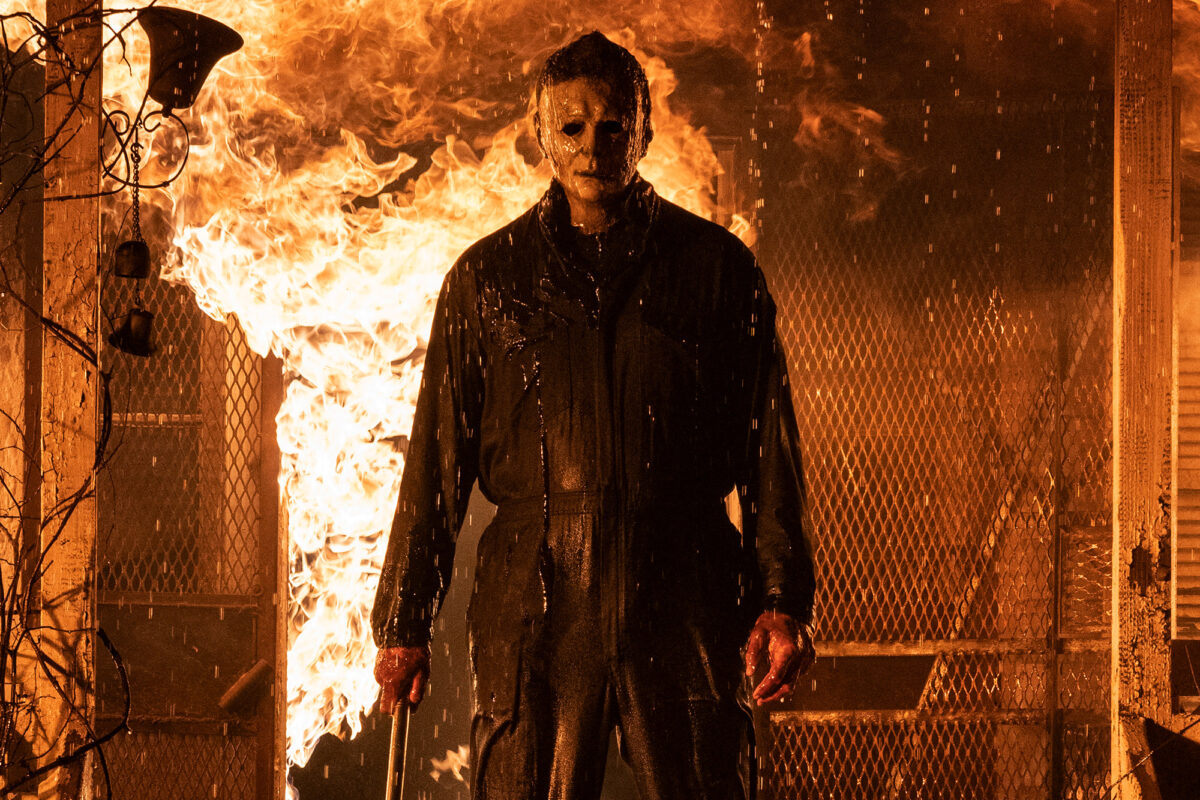 Halloween Kills took the top spot with a gross of $50.3 million. Let’s get the “bad” news out of the way. It’s below the $76.2 million opening of 2018’s Halloween but that film entered the marketplace with the hype of rebooting the franchise and the return of Jamie Lee Curtis. Halloween also opened during a very healthy box office climate that wasn’t impacted by the pandemic. Halloween Kills, delayed for a year due to COVID-19, had to deal with more obstacles and still made a killing this weekend. For horror, Halloween Kills topped the opening of A Quiet Place Part II ($47.5 million) and it’s the best R-rated movie opening during the pandemic, topping the $26.2 million opening of The Suicide Squad. Making Halloween Kills’ opening more impressive is that it opened day and date on the Peacock streaming service. I suspect those figures will also be strong but the hybrid release didn’t really hurt the film over the weekend. Jason Blum, head of Blumhouse, made the decision to go day and date to ensure a financial windfall and it appears they’re going to profit big time from the choice to do so. Halloween Kills is a true winner for the genre and yet another example that moviegoing is back.

Dropping to second is No Time Die which slipped 56% to $24.2 million. A lot of people will look at the drop and consider it disappointing but Bond has always been a better performer abroad rather than in the States. In overseas markets, the film took in another $53.9 million to bring its global total $447.8 million. The film still has work to do to break even but considering the way the box office is today with the pandemic, Bond is doing his very best to bring in box office dollars. Domestically, the film has grossed $99.5 million to date.

Venom: Let There Be Carnage places third this weekend with a gross of $16.5 million. That’s a drop of 48% and that hold is pretty good considering the film had to deal with the arrival of Halloween Kills, which catered to a similar audience. Domestically, the film has pulled in $168 million to date and $200 million, or a figure very close to it, is still in the cards. From overseas markets, the Venom sequel grossed $62.3 million and brought its global figure to $283.6 million.

The Addams Family 2 continues to perform well in fourth place with a gross of $7.1 million. The film slipped a slim 29% and that’s impressive considering the film is also available for digital rental at home. This is another example of how the day and date release strategy works for certain films, particularly movies aimed at families. To date, The Addams Family 2 has grossed $42.2 million at the domestic box office.

Rounding out the top five is Ridley Scott’s The Last Duel, which grossed $4.8 million. While the film received solid reviews, this is a period piece geared towards an older audience. That’s a tough sell during a healthy box office climate and an even tougher sell during a pandemic when that demographic is still leary about going to the movies. This is a film that could’ve benefitted from a simultaneous streaming release as I suspect the target demo would’ve been more than happy to watch this one at home. In overseas markets, the film grossed 4.2 million from 37 international territories which made for a $9 million global debut.

In other notable box office news, Dune grossed $8.5 million in 36 markets, including new openings in Japan, Indonesia, Malaysia, and Greece. The drop internationally was just 36% which continues the film’s solid holds from overseas markets. To date, Dune has grossed $129.3 million ahead of its opening in the U.S. on October 22.

What are your thoughts on this weekend’s box office results?