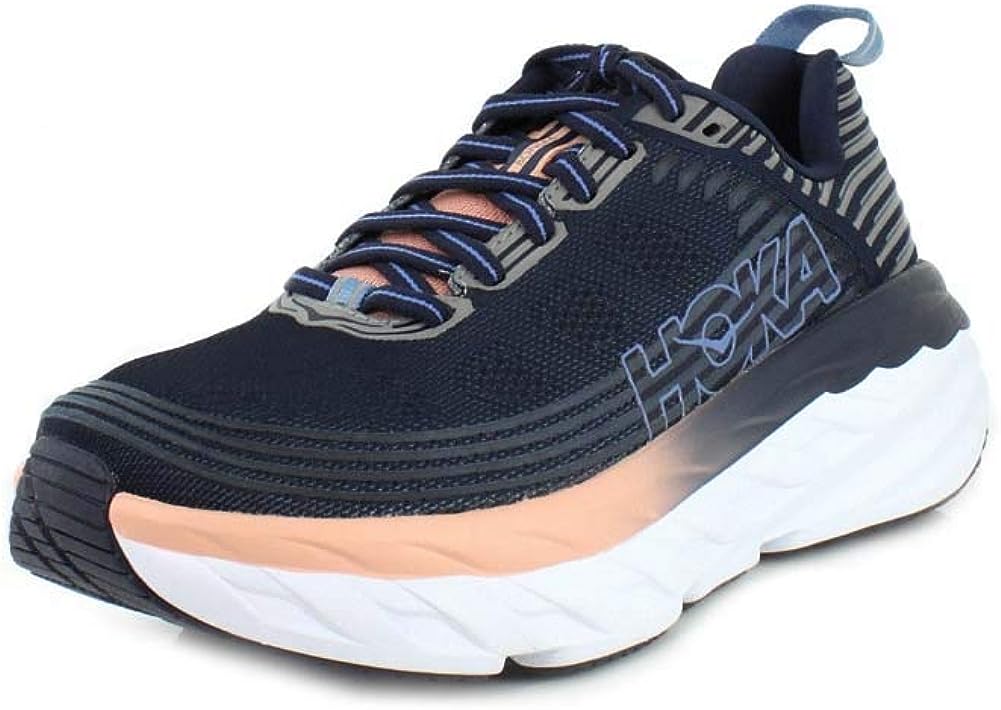 The game-changing Bondi is the most cushioned shoe in HOKA ONE ONEs road-shoe lineup. The Bondi 6 offers a smooth, balanced ride delivered by the full EVA midsole, the comfortable and breathable upper, and our Meta-Rocker technology. This delivers a consistent ride for all distances. The Bondi 6 will take you far and wide in comfort.