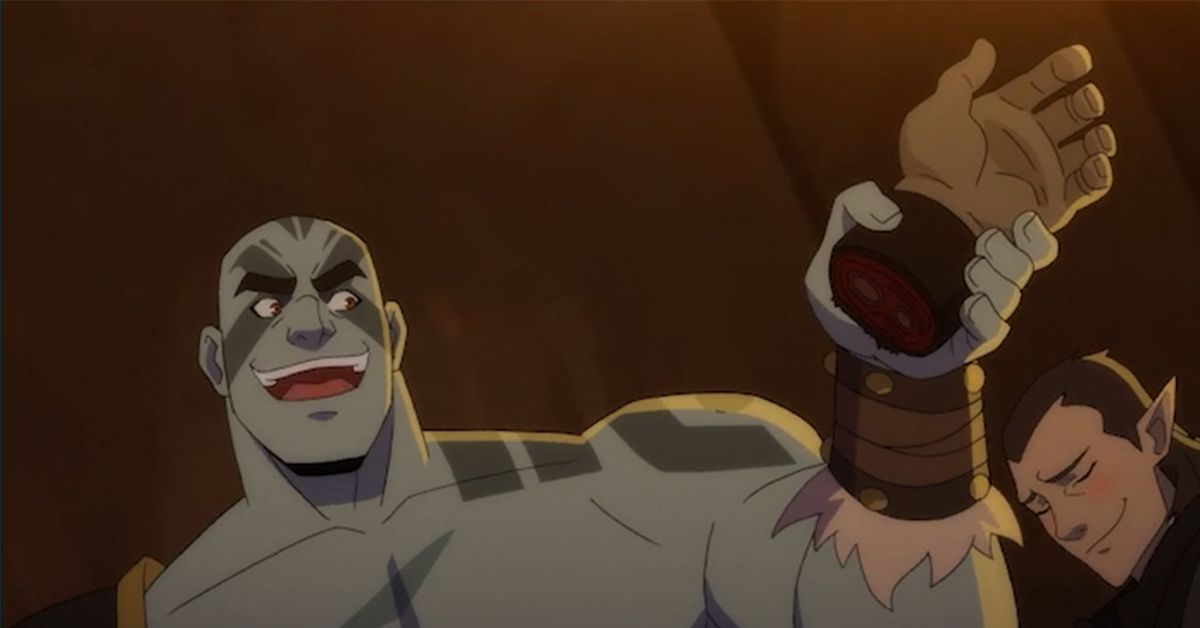 The first two episodes of Critical Role: The Legend of Vox Machina, the Amazon adult animated show based on the hit Dungeons & Dragons actual play series, will cover material that fans have never heard before. The announcement was made Friday during a panel at New York Comic Con.

“We wanted to set the entire audience off on the same foot,” cast member Sam Riegel said during a Q&A portion of the presentation. “You don’t have to know what Critical Role is or have ever seen us play an RPG game to just jump right into the series and start to meet these characters and explore the world.”

“While they’re new to the audience, they are very much in canon with the history of these characters,” Mercer said.

In addition to voicing their characters, all eight original cast members serve as executive producers on the show. They collaborated to decide what stories from the 400-plus hour long Vox Machina campaign would make it into the Amazon series’ 12-episode first season.

“Everyone got to say what was most important to them within the campaign and the moments that really stuck out to them, and we made sure to incorporate them into the show,” Bailey said.

The first season will cover the Briarwood arc, which mostly focuses on the backstory of Taliesin Jaffe’s character Percival, an exiled aristocrat with a dark past who invented the world’s first firearm.

“I think when we got to the Briarwood is when it clicked to all of us that this isn’t just a game, we’re telling a real story here,” said Riegel. “For me, it’s the first time that it felt like art.”

Part of the creative process involved re-listening to old sessions, and having the show’s writers interview the cast as they role-played as their characters.

“No real plot development happened in those early days,” Marisha Ray said. “It was just us trying to explain our characters, the impetus behind them, their wants and their drives. We all played them for so long, so we all knew them so deeply.”

O’Brien has voiced characters for major shows and video games, but he said he’s never been more excited about his job.

“I’ve loved bringing people’s robots and heroes and villains to life, but you can’t really beat digging your fingers into your own character,” he said. “I feel more invested in this than anything I’ve ever been a part of, and we get to do it with our best friends, and we get to do it every day.”

A clip revealed during the Q&A shows the titular mercenary group Vox Machina competing in a drinking contest at an inn that leads to a bloody brawl. Like the Critical Role series, it’s filled with sexual innuendo and cursing.

“The show that we tell every week is an adult show,” Willingham said. “There’s language. There’s sexual situations. But it’s important for us to tell a story that’s similar to what we started with. For us, there were a lot of different ways we could have approached the show. We could have done something zany, we could have done different animation styles that you see these days, but we’re kids of the ’80s. We have a closeness to a certain style of storytelling.”