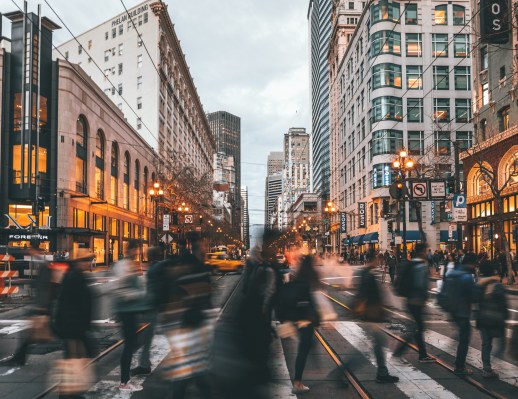 A famous poem advises us not to compare ourselves with others, “for always there will be greater and lesser persons than yourself.”

The same holds true for startup fundraising; the size of your seed round will be determined solely by your company’s immediate needs and the investors you’re working with.

“Remember that fundraising is not the goal,” says three-time YC alum Yin Wu. “Building a successful business is.”

If you are an early-stage founder who’s seeking clarity about apportioning equity — or if you’re biting your nails over how much to raise — read this primer. It’s also a useful overview for early employees and co-founders who may be new to startup financing.

Thanks very much for reading Extra Crunch! I hope you have a great week.

Join us today at 2 p.m. PT/5 p.m. ET/10 p.m. London for a Twitter Spaces conversation with Emily Kramer and Kathleen Estreich, founders of MKT1, a partnership that advises SaaS startups.

In addition to their work with individual companies, they also run founder workshops, a job board and a marketer-led syndicate.

Emily has built marketing teams from scratch at companies like Asana, Carta, and Astro, and Kathleen has scaled and led marketing and operations teams at several high-growth startups, including Intercom, Box, Facebook and Scalyr.

It announced a first price range of $85 to $95 per share, which Alex and Natasha note “feels strong.”

“If Duolingo poses a strong debut, consumer edtech startups will be able to add a golden data point to their pitch decks,” they write. “A strong Duolingo listing could also signal that mission-driven startups can have impressive turns.”

But if it struggles?

“The wave of consumer edtech apps may lose some enthusiasm about going public.”

Last month, they announced a partnership with high-end camping company Collective Retreats and raised a $90 million Series D and $40 million in debt to speed up an already impressive rate of growth.

To learn more about their approach to building a transportation company that caters to people who crave a taste of nomadic existence, Rebecca Bella interviewed Young and Cavins for Extra Crunch.

Their conversation explored the impacts of COVID-19, their business strategy and why they decided to take on $30 million in debt financing:

Jeff Cavins: We like to look at macro trends as a business and I think U.S. monetary policy is going to get us all in a little bit of trouble. So we wanted to lock in a credit facility for the company at advantageous terms.

TechCrunch virtually sat down with venture capitalist and Cleo Capital managing director Sarah Kunst at our latest Early Stage event. Kunst joined us to chat about preparing for raising capital in today’s frenetic fundraising environment, digging into the gritty mechanics for the audience.

This post rounds up a few favorite excerpts from the chat, starting with Kunst’s notes on how to make a killer pitch deck.

She also offered advice regarding incorporation, how to find a co-founder and when startups are too large to join an accelerator.

In an increasingly hot biotech market, protecting IP is key

The good news for biotech startups is that investment in the sector is soaring.

“Along the way, founders will need to procure additional investments, develop strategic partnerships and stave off competition,” Kevin A. O’Connor, a partner in the Intellectual Property practice group at Neal Gerber Eisenberg, writes in a guest column. “All of which starts by protecting the fundamental asset of any biotech company: its intellectual property.”

ServiceMax promises accelerating growth as key to $1.4B SPAC deal

Alex Wilhelm and Ron Miller dug into ServiceMax, a company that builds software for the field-service industry, after it announced it would go public via a SPAC.

“Broadly, ServiceMax’s business has a history of modest growth and cash consumption,” they write. “It promises a big change to that storyline, though. Here’s how.”

The head of Citi Ventures on how, and why, to leverage corporate venture arms like his

At our recent Early Stage event, we had the opportunity to talk with Arvind Purushotham, the managing director and global head of Citi Ventures, about how startups should think about corporate venture arms, including what a check from an enterprise like Citi can mean, and how to leverage that kind of goliath once it’s already a financial partner.

For founders trying to understand the benefits and potential pitfalls of working with a corporate venture arm versus a more traditional venture team, it’s worth zipping through this discussion.

Alex Wilhelm considers what Robinhood’s first IPO price range ($38 to $42 per share) means for the U.S. consumer fintech giant and whether we can expect it to raise the range again before it debuts.

“Because Robinhood deals with consumers, who might decide to trade less in time, it has more uncertainty in its future growth than, say, Zoom,” he notes.

Zoom plans to spend a little less than a sixth of its value on Five9, which sells software that allows users to reach customers across platforms and record notes on their interactions.

Alex Wilhelm notes “that Five9’s revenue growth rate is a fraction of Zoom’s.”

“The larger company, then, is buying a piece of revenue that is growing slower than its core business. That’s a bit of a flip from many transactions that we see, in which the smaller company being acquired is growing faster than the acquiring entity’s own operations.

“Why would Zoom buy slower growth for so very much money?”

Few companies have deeper insights into the day-by-day state of venture capital than AngelList.

According to the company’s data, over 51% of the “top tier U.S. VC deals” involve their platform and tools, giving them a remarkably expansive view of everything going on.

AngelList Venture CEO Avlok Kohli joined us at TechCrunch Early Stage to discuss topics ranging from the state of the market to his thoughts on why there’s suddenly so much money flooding into VC (sending valuations to the sky), and where AngelList could go from here.