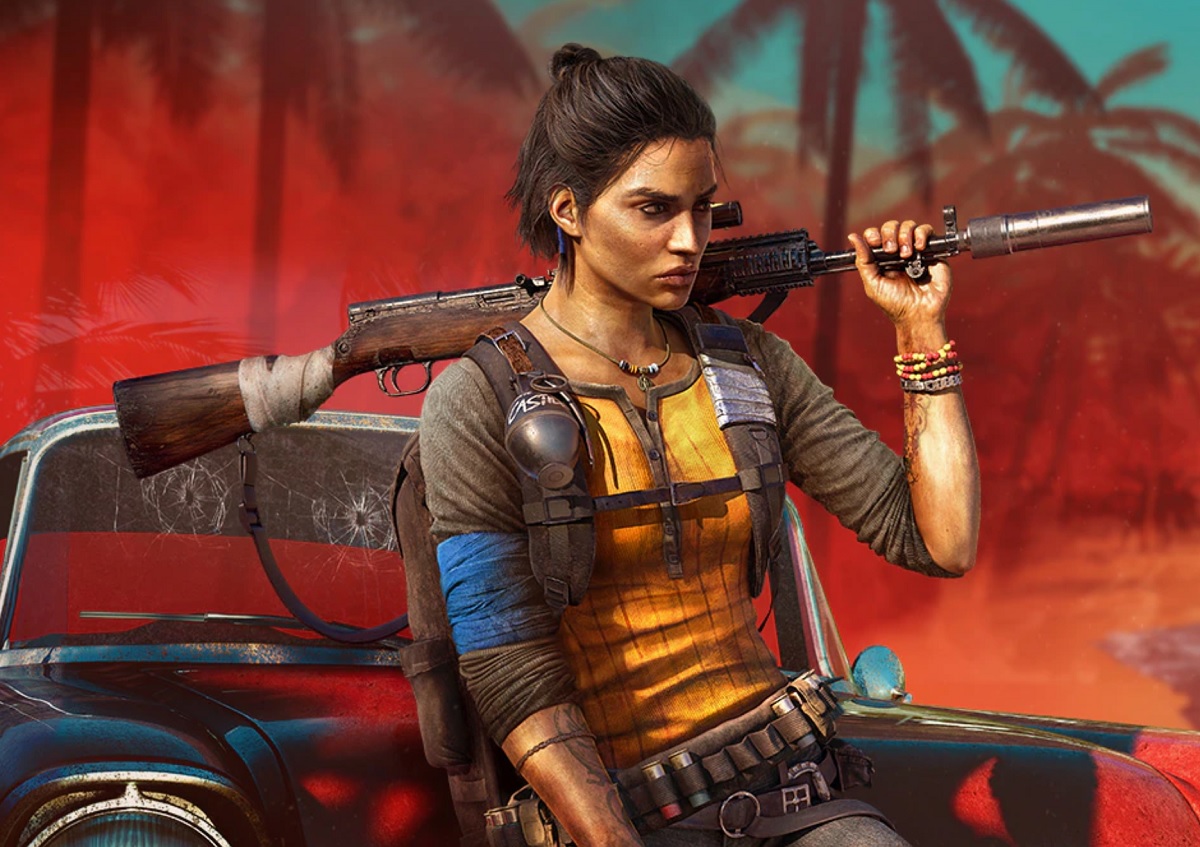 Join gaming leaders online at GamesBeat Summit Next this upcoming November 9-10. Learn more about what comes next.

After playing several hours of Far Cry 6 on Xbox Series X, I think the word “guerrilla” has lost all meaning to me. This action title, which officially launched on October 7, has a lot of what makes this series great, but it also has a lot of what drags it down. It’s a fun game wrapped around a core of flavorless pseudo-political stuff, a game that’s a regular barrel of monkeys when it’s indulging in dumb fun but also really, really wants you to think it’s smart.

I suspect this game has a few final twists waiting for me, so I will update this review when I have finished it, though I do think I’ve seen enough of the gameplay, side missions, and critical story to give a good summary of what’s what so far.

The game takes place in Yara, an island nation ruled by El Presidente Anton Castillo. Yara’s main claim to worldwide fame is a drug called Viviro, a cancer treatment cultivated from Yaran tobacco. However, under the auspices of Castillo and his platform of “True Yaran” patriotism, the country has devolved into a dictatorship where anyone the regime deems unworthy is forced to be a slave to the state. Now a number of dissident groups within the country are poised to strike back.

The player character, Dani Rojas, is a sharp swing from Far Cry 5’s Rook, being fully voiced and having an actual name and personality — and not a bad one, either. They’re initially dragged into the revolution against their will, only to later become attached to their friends and wanting to personally put an end to Castillo’s rule. They play a fairly straitlaced foil to some of the crazier NPCs, but they are not without their moments of levity, my favorite being their interactions with their menagerie of animal companions.

Three top investment pros open up about what it takes to get your video game funded.

The moment when the villain makes their first appearance is always a major Far Cry staple, and it shows you how big of a threat they’re going to be. Far Cry 6 delivers on this scene, which was spoiled in the trailers. Unlike previous Far Cry villains, who all seemed to take an immediate, creepy interest in the player character, Anton Castillo doesn’t even deign to look at Dani during this cutscene, ordering death upon them and their childhood friend Lita with a flick of his hand. It’s different but still good.

Credit where it’s due: Giancarlo Esposito does not give this villain performance anything less than he gives his other roles, playing the narcissistic, sinister Castillo with appropriate gravity and menace. The game’s script sometimes lets him down, but he’s at least doing his best. Anthony Gonzalez was equally good as his son Diego, who has his own character arc separate from his father.

Also, playing this game on an Xbox Series X — it’s absolutely stunning. I know that’s going to become a tiresome compliment to games on next-gen consoles, as they are supposed to look beautiful, but I felt it was worth mentioning as sometimes I just had to sit and watch the Yaran sunset. Also, the animation on the animal companions, especially little Chorizo with his squeaky wheelchair, is excellent. It’s a small thing, but it gave me a lot of joy during my playthrough.

When Far Cry 6 is being loud and over the top, or when it’s letting its villain shine — that’s when it’s good. It does, however, have several problems that hold it back from greatness, most especially a series of unusual design choices and unnecessary extras that add nothing but bloat. It’s a series of little things — and one big thing — that hold this game back from being great.

For starters, in-game weapon modding is touted as a major part of being a guerrilla fighter, but in practice this system is fussy and no fun. I encountered too many weapons, for starters — I do not need to pick from twenty different assault rifles with twenty different possible scopes. Some of them have situational uses or are just there to fill the “wacky” quota, with the CD-firing gun shown in the trailers being a prime example.

The Supremo, the backpack-mounted super weapon that serves as Dani’s ultimate ability, is the biggest victim of this. You can find multiple types of Supremos, including one that shoots flames and one that heals Dani (don’t ask me how that works). But across most of Yara, the starting Supremo, which launches multiple flaming rockets that automatically seek the nearest hostile target, was the best one. I hardly ever used the others.

The design feels inconsistent in several places. For example, the game is entirely first-person for the first couple of hours, including when you’re in the Libertad home base. However, once you meet another faction and enter their home base, the game goes third-person for no apparent reason. Dani can deploy their growing cadre of bandidos in missions in a primitive strategy minigame, sort of like the war table missions in Dragon Age: Inquisition, except you get results instantly. It’s a strange extra piece of gameplay that seemingly only exists to give players an incentive to stop and save those captured rebels, so they can join your cause. I did one mission and then never went near it again.

My biggest problem with Far Cry 6 is that it clearly wants to be about something, and even after hours and hours of playing it, I don’t know what that is. I think years of taking inspiration from politically fraught real world scenarios has bewitched Ubisoft into thinking Far Cry is some kind of smart political thriller. That would be fine, except Ubisoft will not do any of the work it would take to actually make Far Cry 6 that kind of game.

Far Cry has a list of things it must have, including wacky characters, over-the-top missions with explosions, and animal companions. These quintessential Far Cry elements take up so much of the air that they leave no room for anything more than a clumsy attempt at socio-political commentary. Occasionally someone will make a speech in the presence of Dani that sounds like it means something but really doesn’t leave much of an impact. This is why I say the voice actors are sometimes let down by the script, as they deliver each speech with such conviction that you can almost forget they’re not saying anything.

I guess the best accolade I can give this game so far is that it’s another Far Cry game, and it’s a good one at that. It’s nice to see the return of the player character’s actual character. The villain is monstrous yet complex. Things explode. But it’s probably going to feel like a drag for far longer than it should, both in gameplay and in the story.

Far Cry 6 is out now for PC and consoles. The developer provided GamesBeat with a code for this review.

GamesBeat’s creed when covering the game industry is “where passion meets business.” What does this mean? We want to tell you how the news matters to you — not just as a decision-maker at a game studio, but also as a fan of games. Whether you read our articles, listen to our podcasts, or watch our videos, GamesBeat will help you learn about the industry and enjoy engaging with it.

How will you do that? Membership includes access to: