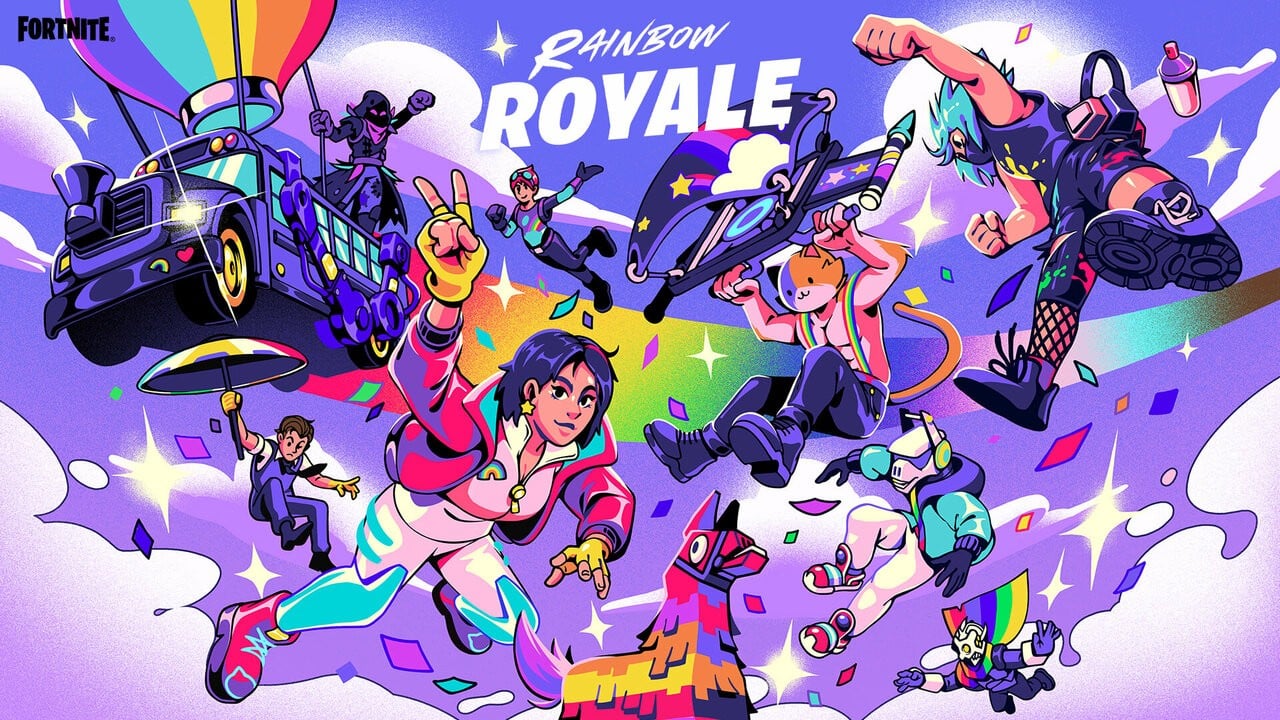 Pride Month may have ended, but pride (lowercase) is all year round — and that includes video games. Fortnite has added a new event called Rainbow Royale to the game, celebrating diversity, community, and its many LGBTQ+ players with rainbow items, new songs by LGBTQ+ artists, and massive pride flags.

The rainbow items include:

There is also a new rainbow flag prop in Fortnite Creative.