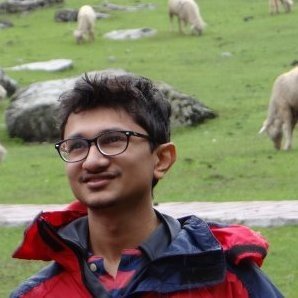 HEC Paris MBA holds its ground as one of the best MBA programs in Europe. According to Forbes, HEC Paris is ranked number 2 among the best international MBA’s (2-year programs). With a new tagline that says “Tomorrow is our business”, the school has made its intentions clear. A revamped curriculum, new specializations (digital innovation and sustainability), a larger cohort, and a sharper focus means that this is the school you want to target when you need to charge up your career.

GyanOne has consistently had the maximum number of HEC Paris MBA admits.

Go through the plethora of articles that lists our success over the years. Below, we proudly present our 2019 admits and their profiles.

A strong and self-motivated personality, Ish has always been known as a great collaborator who worked well to achieve targets. With a strong analytical mind, he was perfectly suited for the dynamic world of Corporate Finance. The stage was well-set for him during his bachelor days at the University of Mumbai where he developed an understanding of financial markets. He aced the program with Distinction. The 6 years in Citigroup helped him to understand the dynamics of the world market. Ish moved higher in the organization and it was thanks to his efforts such as saving his company $ 50-100K in license fees, executing a cost-saving project (globally), and mentoring new recruits. Ish was always known as a vibrant personality with accomplishments in extracurricular activities as well.  Apart from this, he chose to mentor underprivileged kids as part of the Teach India Program.  With such a well-rounded profile, he was welcomed into HEC Paris MBA with open arms! 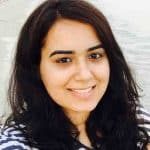 Ritika can be easily classified as a ‘born leader’. Her public speaking skills and enthusiasm to excel were traits that kept her at the top of the class. A University of Mumbai graduate, Ritika completed her Engineering in Computer Science with distinction. Her presence was felt all around as she excelled in sports; participated in extracurriculars, and played important roles in the numerous clubs that were organized. She spent almost 5 years with TCS as a Quality Assurance Analyst. With a strong background in IT and exceptional individual traits to bank on, Ritika was looking to advance her career with a solid MBA program. Her determination and sincere efforts led to a successful attempt at the GMAT. She scored 720 and this led to an admit call from HEC Paris MBA.

A multilinguist, financial whiz, and a business analyst all rolled into one, Pratik Kothari is enterprising and enthusiastic about everything he is involved with. His achievements peaked at the Visvesvaraya National Institute of Technology and continued to rise throughout his career. Sapient Global Markets and Citigroup laid the foundation for an illustrious career in the financial sector. Tackling tight deadlines, working accurately and quickly came easily to Pratik. A strong commitment to making a difference in the lives of others makes him a compassionate and committed leader. However, to scale up in his career, he needed to access a network of like-minded professionals. Considering all the options, Europe presented the right opportunities for him. Attacking the HEC Paris MBA  application form with resolve, Pratik found success in the first attempt.

A hardcore achiever, Siddharth ‘s achievements are nothing short of impressive. He graduated from Punjab University with a BTech in Chemical Engineering. He had a momentous start to his career with Fluor Corporation- a global engineering company. He rose through the ranks quickly thanks to his dedication and professionalism. During his stint, he executed multiple projects for clients globally managing critical issues and negotiations with vendors. Siddharth’s experience, expertise, and technical knowledge led him to publish a paper in ‘Chemical Engineering World’. Seeking a better and more involved role, he moved to AVEVA, Singapore as a Sales Operations Manager (Strategic partnerships). The one year that he spent here led him to believe that he had a strong future in Strategy. Applying for the MBA program at HEC, was a conscious choice. His single-minded focus combined with the expert help from GyanOne proved to be perfect in this regard.

According to Abhishek, nothing is more exciting than technology and its numerous possibilities! He knew he had barely scratched the surface when he was exploring the field in Madan Mohan Malviya University of Technology (BTech, Computer Science). HCL Technologies is where he ultimately began to apply what he learned. His initiative, enthusiasm to learn and an indomitable urge to succeed saw him move up to senior positions rapidly. At Hewlett Packard (HP), he led and guided senior executives on strategies that ultimately improved their team conversion rates from 15%-23%.  Moving to ATOS was a smart move for him. As a Senior Program Manager, Abhishek would be managing Global Operations Strategy & Programs which would give him the right exposure at an international level. An MBA program would assure an upward move in his career. He began this journey by attempting the GMAT where he scored 720. He was able to weave his accomplishments into a fine story that impressed HEC enough to accept him into the program.

Sree was always meant to make a mark internationally! She completed a bachelor’s and master’s degree (Engineering) from the University of Calgary in Canada. However, she found her true calling when she was appointed the Vice-consul and Trade Commissioner (Department of Foreign Affairs and International Trade) for Canada in San Diego, USA. With colleagues, peers, and mentors endorsing her abilities, she knew she had found her path. She spent 2 years in Mumbai heading a Canadian Entrepreneurship Innovation program (Cleantech and Life sciences) and another 2 years in New Delhi as the First Secretary for Economic Affairs (Canadian High Commission). With an HEC Excellence Scholarship in her kitty, Sree is bound to become well-known in the world of Foreign Affairs.

He is someone who is used to passing with flying colors! Aakarsh was always fascinated by planes and other flying objects. The Aerospace Engineering program at the University of Petroleum and Energy Studies in Dehradun was the perfect place to begin a journey into understanding it all. An unending thirst for knowledge about everything led him through courses and projects that made him proficient. Interning with DRDO in Hyderabad, he proceeded to work as a design engineer with CYIENT. Here, he designed and modeled aircraft structures and systems across programs such as Boeing 737-Max, 777-x and many more. He was quickly recognized for his excellence and leadership abilities. 3 years in a Start-up called “Get My Parking” allowed him to engage with Governments on policies for Smart Cities. With an increased amount of confidence in his abilities, all he lacked was the right exposure. HEC offered a fabulous opportunity as the program offered the right focus and experience for him. 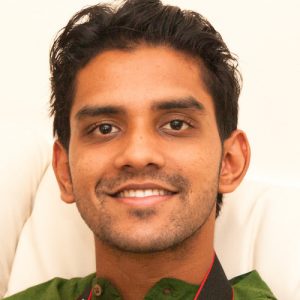 Anurag Murali- Founding two companies on your own and leading them to success says something about you! This is Anurag’s success story. A strong personality, Anurag is self-driven and passionate. Choosing to stay off the beaten path (read Engineering!), he picked BBA (Bachelor of Business Administration) for his bachelor studies at Shaheed Sukhdev College of Business Studies. His 4-year association with Enactus showed enthusiasm and eagerness to make a positive change in society. Vigor Fitness and Little Bird India are companies that he founded. At Vigor, he created an exceptional proprietary mobile app despite limited funds. Little Bird India is an online rental platform for baby furniture and related equipment. Being an entrepreneur at heart, marketing and strategizing were Anurag’s strengths. Leading and working with teams; overcoming numerous challenges whilst ensuring that these companies exceed expectations and targets helped shape him into a capable leader. There was a need to sharpen his skills while connecting with the right entrepreneurial community. HEC, Paris satisfied his need for global exposure on many levels.  His vast experience, grit and tenacious nature helped him secure a place in the program.

With a keen eye to make a career in the field of business, Jay Gudhka signed up for the BMA program at SIES College of Commerce and Economics. An active student, Jay made his presence felt in all the activities, societies and clubs organized. Spending 3 years at Logicserve Digital and Reliance General Insurance was a wonderful experience as he gained valuable experience contributing, innovating and leading successfully to achieve targets set for him. His passion to conquer mountains (literally too!) earned him several awards and recognitions. This says a lot about his resolve and will to overcome challenges! Breaking into the top management level would mean an understanding of business on a deeper level. An MBA program from a reputed school would surely do that for him. Using GyanOne’s help, Jay was able to showcase his profile in the best possible manner as he breezed through the admission process of not only HEC, but ISB TOO!

Damini Jain’s fearless attitude and strong personality always kept her in the limelight. She never shied away from being on stage and this helped to contribute in numerous ways throughout her college days. She was part of clubs, events and cultural festivals organized at Manipal Institute of Technology where she completed a Bachelor’s in Computer Science Engineering. Volunteering and organizing came effortlessly to her and this helped her immensely as she began her career at Deloitte Touche Tohmatsu. Awards and recognitions followed as her contributions to critical projects, working with diverse teams globally and her professionalism stood out among her peers. She was promoted quickly in the 4 years that she spent here. A 710 on her GMAT ensured that she could secure a position in the choicest of MBA programs.

This is not all

Read about many more such Stories

HEC Paris MBA Application – Must Knows Before You Start