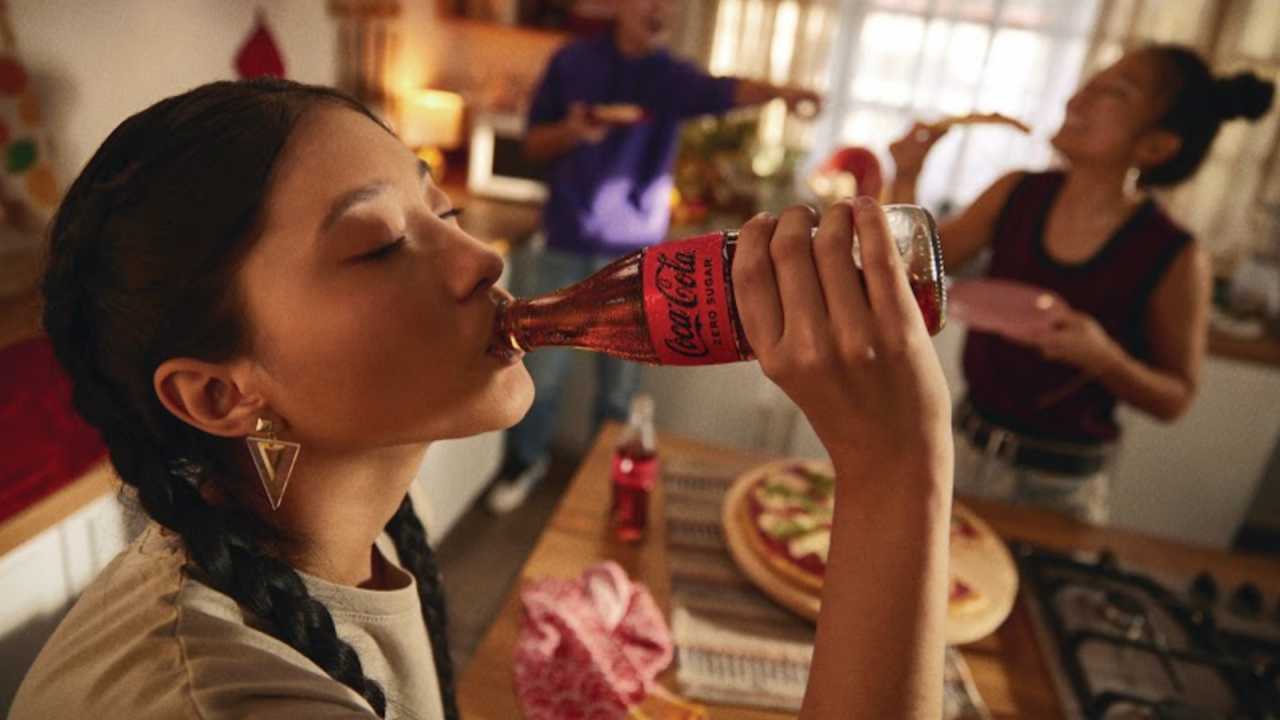 Coca-Cola has launched a new high-energy campaign to promote the newly reimagined Coca-Cola Zero Sugar, which has been given a new look and an updated flavor to better mimic the taste of classic Coke. Created by McCann, the campaign kicks off with three short films.

Coca-Cola has today launched a new ad campaign spotlighting its new take on Coca-Cola Zero Sugar. A new version of the zero-calorie, zero-sugar beverage began hitting shelves in July, complete with not only updated packaging but also an improved recipe that claims to bring the diet-conscious alternative closer to the taste of the real thing.

“The introduction of a new and improved Coca-Cola Zero Sugar recipe is an example of how the company is constantly looking for ways to evolve our product portfolio and bring consumers the beverages they want,” a Coca-Cola spokesperson tells The Drum.

In a new campaign headed up by McCann, the brand poses the question: is this the “Best Coke Ever?” Headlined by three TV spots, the campaign promotes Coca-Cola Zero Sugar in classic Coke style: with playful characters and classic sensory teases — think bottle cap pops, visual effervescence and the refreshing look of condensation-studded glassware. The creative draws attention to the new, clean, pared-down packaging featuring the brand’s iconic red backdrop and classic typeface logo rendered in black. Each of the three spots ends in a musically stylized call-to-action: “You need to try it first.”

“The campaign tagline “Best Coke Ever?” communicates to fans that we’re constantly innovating to improve this recipe further and provide them with the tastes they’re looking for,” the spokesperson says. “And, the ’Best Coke Ever?’ is an open-ended question, as we want to encourage fans to taste it for themselves.” The spokesperson says that early consumer taste tests saw positive results.

Plus, as cities with low rates of Covid infection open up, Coke is investing more dollars in out-of-home (OOH) in particular: the campaign will see classic panel and billboard placements in 77 separate markets, but will also engage in wild posting, plastering the creative across 50 of the US’s most pedestrian-friendly cities to create ground-level experiences for walkers, runners and cyclists. To generate additional in-person engagement, Coke will be erecting Coca-Cola Zero Sugar sampling fridges in locations across the US, offering passersby an opportunity to try to drink for free. Consumers can gain access to a product sample by scanning a QR code on their mobile devices. And, Coke will host the “Best of Harlem” block party on Sept. 12, inviting fans to sip on Coca-Cola Zero Sugar while enjoying local music, food and culture in Harlem.

“We knew that big, exciting news like the launch of an updated Coca-Cola Zero Sugar needed a special campaign to match, so we went with bigger, bolder ideas,” the brand’s spokesperson says.

The product can be found on shelves throughout parts of the US, Europe and Latin America already. It will roll out globally over the coming months.

For more, sign up for The Drum’s daily US newsletter here.