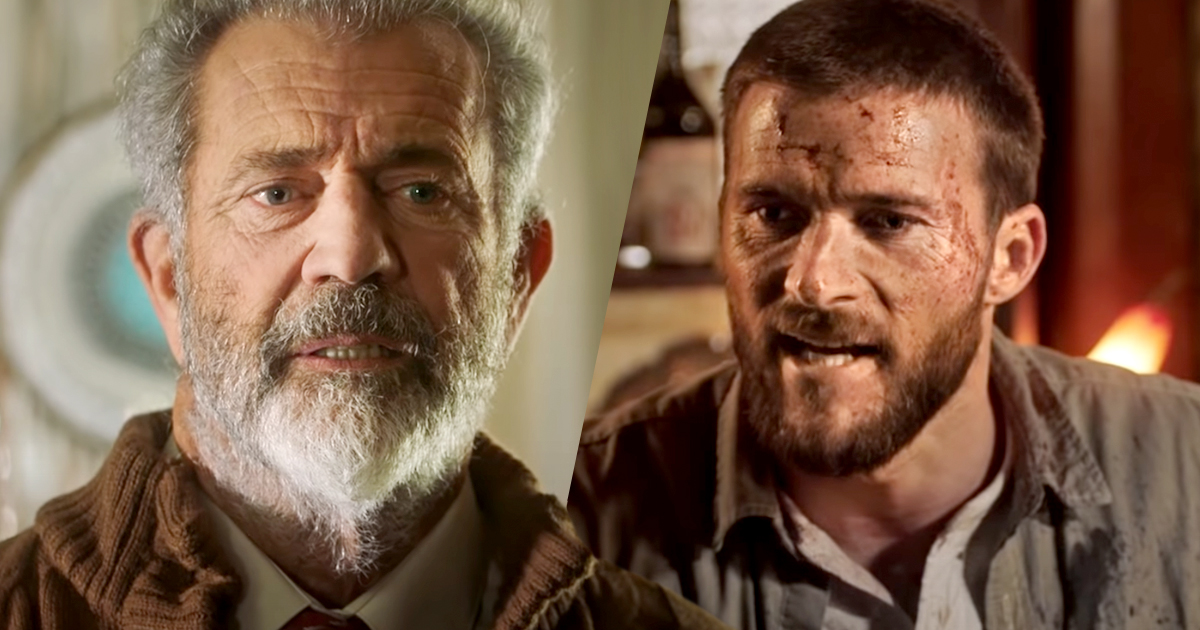 “Do whatever it takes to save your ass!” Wise words from Mel Gibson. Lionsgate has released the first trailer for Dangerous, a new action-thriller from director David Hackl that stars Mel Gibson and Scott Eastwood. The film finds Eastwood playing Dylan Forrester, an ex-con and reformed sociopath who is trying to move on with his life with the help of his eccentric psychiatrist (Gibson). After Forrester’s brother dies under mysterious circumstances, he sets out to uncover the truth with an FBI agent and a band of heavily-armed mercenaries hot on his tail.

In addition to Mel Gibson and Scott Eastwood, Dangerous also stars Famke Janssen, Tyrese Gibson, and Kevin Durand. Although Gibson is certainly the draw here, it doesn’t look like he has the amount of screen-time many of us would want judging by this Dangerous trailer; but hey, some Gibson is better than no Gibson. Speaking of the Lethal Weapon actor, Mel Gibson recently signed on to star in The Continental, a John Wick prequel series that will also star Colin Woodell as a young version of Winston Scott, the character played by Ian McShane in the film series.

The official synopsis for Dangerous:

Ex-con and reformed sociopath Dylan Forrester (Scott Eastwood) is trying to quietly serve out his parole — with the help of a steady supply of antidepressants and his eccentric psychiatrist (Mel Gibson). But when his brother dies under mysterious circumstances, Dylan breaks parole and, with a dogged FBI agent (Famke Janssen) on his trail, goes to uncover the truth. A band of heavily armed mercenaries wants something Dylan’s brother was hiding, and Dylan will need all his guile and tactical skills to survive in this action-packed thriller costarring Kevin Durand and Tyrese Gibson.

Dangerous will be released in theaters and On Demand on November 5, 2021.