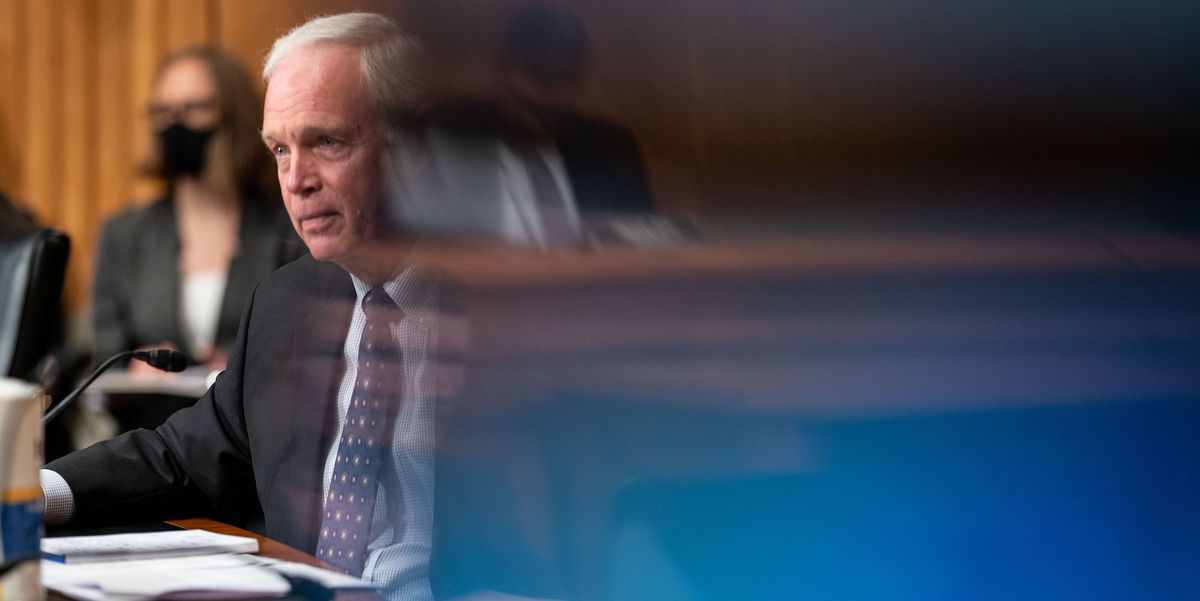 It’s impossible to think of another senator whose electoral demise would occasion more celebration than that of Ron (Shreds of Freedom) Johnson, Republican of Wisconsin, a man of deep intellectual concrete who has spent the last couple of years dealing out COVID misinformation and support for lunatic theories about the 2020 presidential election. He’s been the Menard’s of every assault on democracy and common sense developed by the previous administration*. So much so that eight Democratic candidates have stepped up to run against him in next year’s election, and Johnson hasn’t even announced that he’s running yet, although he and his campaign are sitting on $1.2 million. On Tuesday, the state’s Democratic lieutenant governor, Mandela Barnes, announced his candidacy and the Democratic primary field was shaken from the top.

Barnes, a native of Milwaukee, has been a rising star in the state’s politics ever since he first was elected to the state assembly. He ran against incumbent Democratic congresswoman Gwen Taylor in 2016 and lost, but his presence on the ticket with Governor Tony Evers in 2018 was central to the defeat of Scott Walker, the goggle-eyed homunculus hired by Koch Industries to manage this particular midwest subsidiary. Further, Barnes was an invaluable surrogate for the Biden campaign in Wisconsin, a state that the president profoundly needed to win. He played a conspicuous role in confronting the disturbances in the wake of the police shooting of Jacob Blake in Kenosha last summer.

Ordinarily, an eight-person primary field is not something of which I would approve. There’s too much of a chance for a Johnson-saving brawl on the other side. But I’m anxious to see how Barnes performs in that kind of crucible. Sooner or later, in most things, potential either ripens or it rots. This was a move that Barnes had to make, and up-or-out proposition because, among other reasons, Governor Tony Evers is going to run for re-election, and the state’s other senator is Democrat Tammy Baldwin, a popular established politician who isn’t going anywhere. This is Barnes’s shot.