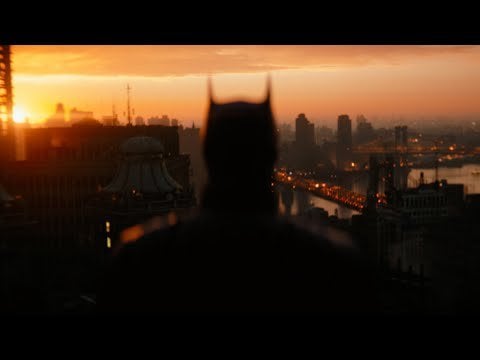 Only few people have been saying this for years now, but I don’t think I’ve ever seen an example this good where it’s apparent that releasing a new trailer without 4K quality can actually hurt the experience. I first saw the trailer in the DC FanDome livestream and knew I wasn’t gonna see the best quality. Then I jumped to the official Warner Bros. Studios channel to watch it in the best video quality again.

But even though I chose the highest possible setting on YouTube, the picture quality was just horrible watching it on my larger TV. There are scenes where it’s literally nothing than 80% compression artifacts due to the generally dark picture of the movie. I thought it must have been a mistake by Warner Bros, but this was actually the highest quality they choose to release this trailer in!

This apparently also annoyed the movie’s director, so Matt Reeves HIMSELF had to go on his Vimeo account and upload the trailer in 4K quality. In the videogame industry, it has become standard to upload new game reveals and gameplay in very high quality because they want to show their newest tech and beautiful graphics. So why isn’t this also a thing in the movie industry, where the visuals of a movie are one of the main reasons we go watch movies?

This isn’t something only 4K users benefit from, but also people with Full HD screens since picture quality also improves when played on lower resolutions. If you don’t believe me that the trailer for “The Batman” looks vastly superior in 4K, go see it yourself: