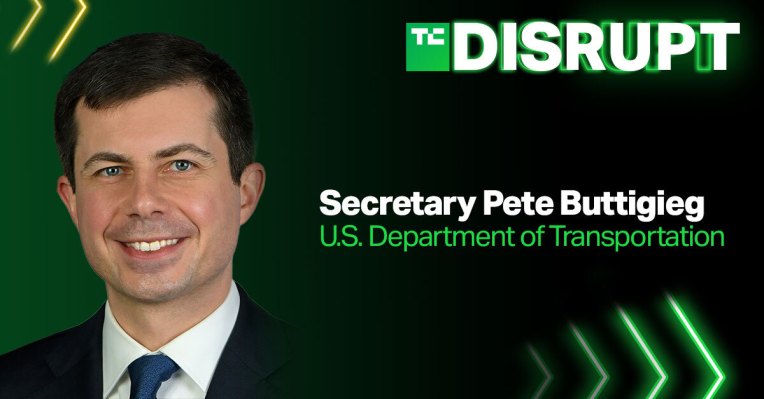 The myriad emerging and longer-term transportation technologies promise to change how people and packages move about the world or within their own neighborhoods. They also present myriad regulatory and policy hurdles that lawmakers, advocates and even investors and industry executives are attempting to navigate.

At the center — at least in the United States — sits Secretary of Transportation Pete Buttigieg. The small-town mayor in Indiana turned presidential candidate and now cabinet member under the Biden administration oversees public transport, highway safety and nascent technologies like autonomous vehicles. The Harvard graduate, Rhodes Scholar at Oxford University and former U.S. Navy officer is in a position to bring complexity or clarity to the future of transportation.

At Disrupt 2021, Secretary Buttigieg will join us for a fireside chat where we’ll dig into some of the thorniest questions around transportation and how to ensure that moving from Point A to Point B is a universal right, not a privilege. We’ll ask Buttigieg about micromobility and public transit, President Biden’s push for the federal government to use electric vehicles, autonomous vehicle guidance and new regulatory requirements around reporting vehicle crashes when an advanced driver assistance and automated driving system is engaged — a move that could spur a new wave of startups and benefit some in-car technologies.

The upshot: If it involves technology that moves people and packages, we aim to talk about it.

Secretary Buttigieg is just one of the many high-profile speakers who will be on our Disrupt Stage and the Extra Crunch Stage. During the three-day event, writer, director, actor and Houseplant co-founder Seth Rogen will be joined by Houseplant Chief Commercial Officer Haneen Davies and co-founder and CEO Michael Mohr to talk about the business of weed, Duolingo CEO and co-founder Luis von Ahn will discuss gamifying education and prepping for a public offering and Coinbase CEO Brian Armstrong will dig into the volatile world of cryptocurrency and his company’s massive direct listing earlier this year.

Disrupt 2021 wouldn’t be complete without Startup Battlefield, the competition that launched some of the world’s biggest tech companies, including Cloudflare and Dropbox. Join Secretary Buttigieg and over 10,000 of the startup world’s most influential people at Disrupt 2021 online this September 21-23. Get your pass to attend now for under $99 for a limited time!